For forty years now, Foal Auction Borculo has been the basis of many international jumper horses. The biggest names all started their career as a selected foal in this auction. Now, the younger Borculo-horses are making a name for themself. Take the ten-year-old showjumpers High Big Andi K (s.Big Star Junior) and Highway FBH (s.Plot Blue). Not to mention the twelve-year-old Sedik Milano Quilazio (s.Quidam de Revel) and Flintstone (s.Mr. Blue). They made a big impression this year at 1.50m level or higher.

One of the foals that heard the stroke of the gavel at Foal Auction Borculo ten years ago, is the AES-approved High Big Andi K (Big Star Jr. KZ out of Padorena prest by Andiamo), bred by Cees Klaver of Schoorl. Ridden by the Dutchman Michael Greeve, the chestnut shows he is ready for the bigger classes. The pair already competed in a 1.55m course this year. Last year, they secured a victory in Olivia, Spain (1.45m) and in July they thrilled the home crowd as they triumphed in the Spruce Meadows Prijs (1.45m) in Zuidwolde. That same month, they place sixth and seventh in classes of that same height in Valkenswaard.

Another successful showjumper auctioned as a foal that same Borculo edition (2012) is the Plot Blue-son Highway FBH. He was bred by H. Peeters of Diever and was sold for 16.000 euro to A.F.A. Bin Hamoodah in Abu Dhabi. Highway FBH was previously campaigned at the international shows by Abdullah Mohd Al Marri (UAE), the German Max Nieberg and the Mexico’s Tanimara Maria Macari Carrillo. The American rider Jacob Pope took over the reins last August. In September the combination celebrated their first victory in Traverse City in the 1.50m class, they also obtained several other placements in the 1.40m and 1.45m. It exemplifies the attitude of Highway, who has been successful under multiple riders. 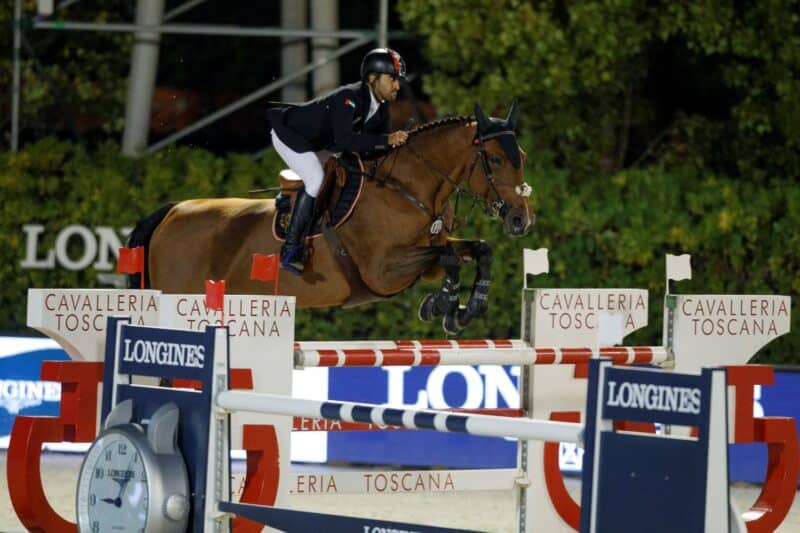 The dam of Highway FBH is the Cornet Obolensky mare Belona. Several foals of her were sold at Foal Auction Borculo. In addition to Highway FBH, she produced two international showjumpers, Jaguar (1.40m with Jochen Munsterhuis) and Faiza B (1.40m with Charles Henri Robert). Both horses descend from the stallion Arko III.

Breeder and former member of the selection committee Floris van Leuken of Putten bought his homebred Quilazio (s.Quidam de Revel) back at the 2010 edition of Foal Auction Borculo. Ridden by Italian rider Filippo Marco Bologni, the now twelve-year-old Holsteiner takes on 1.60m courses. They placed sixth in the Grand Prix of La Baule last year and competed at the European Championships of Riesenbeck. The pair obtained several solid results this year. They placed fourth in Arezzo in April (1.45m/1.50m) and were a tower of strength to the Italian team in the summer. They competed in multiple nation cups (La Baule, Rome, Budapest and Falsterbo). 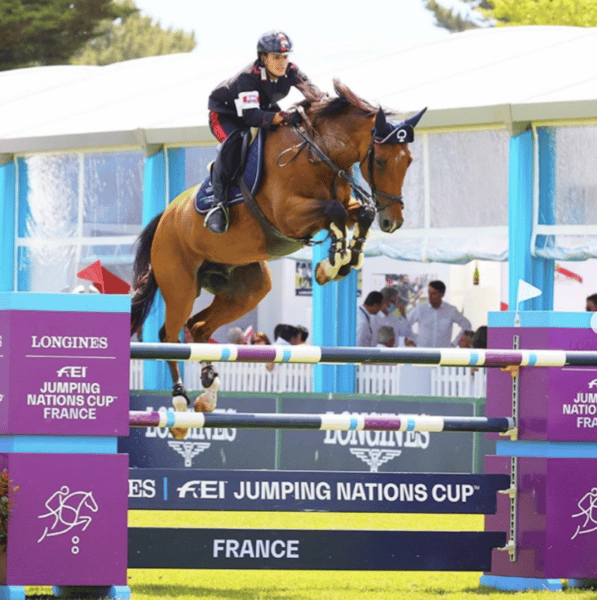 The sire of Sedik Milano Quilazio is the world-renowned Quidam de Revel; this top progenitor no longer needs an introduction. Dam T-Calazia (s.Calato) is a half-sister of the stallions Calazio, Carambo, and Cassiano and the Grand Prix jumper Cim Christo (Georgina Bloomberg). T-Calazia can be dubbed a returning client of Foal Auction Borculo as quite a few of her offspring were selected for the auction. Cristago II (s.Carthago) was put under the hammer in 2009 and moved to the Czechian Republic. T-Calazia furthermore foaled the Nabab de Rêve-mare Euphoria, that is active at 1.40m level and the 1.35m jumpers Lennox W (s.Comme Il Faut), Cougar (s.Carthago) and No Risk (s.Numero Uno).

In October he placed fifth in Greenwich (1.45m), in September he was seventh in Saugerties (1.50m) and last summer he collected prize money in several 1.50m classes. Partnered with USA’s Sarah Segal, the former Borculo-foal Flintstone (s.Mr.Blue) proves to belong to the international top. Vera Klumper and Hinko Kuipers bred the chestnut out of the elite prest IBOP-spr PROK mare Vote for Me (Caretino x Zeus). She also produced the full brother End Good All Good, that competes at 1.60m level with the Mexican rider Javier Fernandez and was also sold via Foal Auction Borculo. Granddam Ram Bam (s.Zeus) jumped the international 1.35m classes herself.

Are you also looking for an international showjumper for the future? Every year, only the best, strictly selected jumper foals are put under the hammer during the auctions of Foal Auction Borculo. Read more about the auctions.